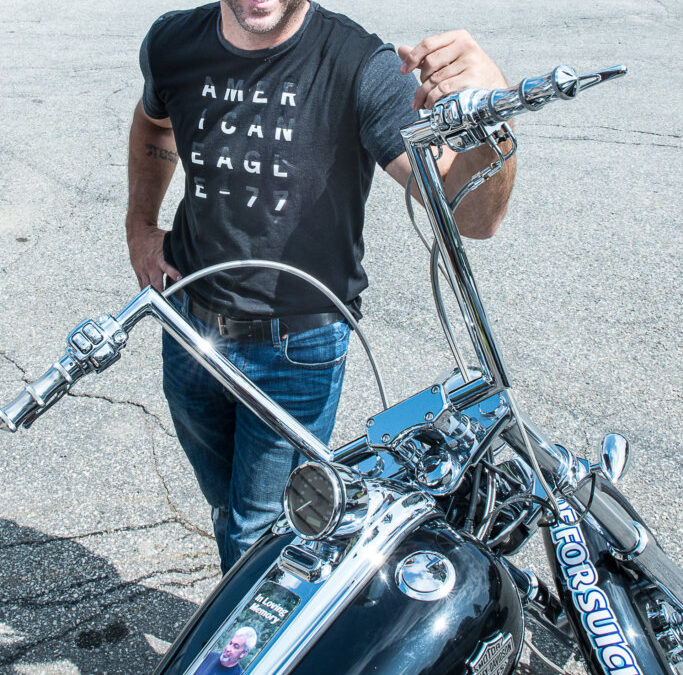 LEWISTON — With the second anniversary of his father’s death approaching, Nick Danforth decided last summer to organize the first Ride for Suicide in just four weeks. He says he felt depressed but inspired, thinking it might feel good to raise awareness around suicide and help someone else.

A woman in her 50s saw him post the event to Facebook and threw herself into helping him organize it. Weeks later, she shared that she’d been planning to end her life and had all the details worked out.

“(Helping organize) was enough, she said, to give her a purpose, because then people were talking to her like they were talking to me, ‘Holy crap, you’re doing a good thing,’” said Danforth, 34, who works in car sales.

“It was distracting her from her pain. It was able to get her through enough to where she decided: ‘Wow, I’m not going to take my own life. That would be stupid.’”

Almost a year later, he is still stunned to have made such a difference, but grateful the ride brought people together.

The second annual Ride for Suicide is scheduled for Sunday. That first year, he had hoped for 20 people to turn out and 221 did. This year, he is aiming for 400.

Motorcyclists will start to gather and register at the Auburn Mall starting at 8 a.m. and leave at 10:30 a.m. from Shaw’s for a ride through Livermore and Winthrop. The ride will end at the BBQ Pit, the former Margarita’s on Lisbon Street, in Lewiston at about 12:30 p.m.

Danforth plans to speak before the ride, along withMatt Graham, who lost his daughter, Anie, to suicide last year. Danforth said others are welcome to speak.

His father, David, died Aug. 30, 2015. Danforth had been out on a ride on his Harley-Davidson to Old Orchard Beach when he noticed a missed call from his dad. His phone ran out of a charge, and once back at home “my other half had like 30 missed calls from my sister-in-law,” he said.

Danforth said he had not been aware his father was depressed, and even in hindsight he didn’t see signs.

“He was never rich but he’d give the shirt off his back,” Danforth said. “It was out of nowhere.”

His goal with the ride was for people to connect around suicide prevention and awareness and share stories.

“I’m hoping it sparks friendships or conversations,” he said. “Even some people came last year who didn’t even have bikes, they just wanted to talk about it. We’re hoping it’ll just bring people together so you can talk. You never know.”

The event last year raised nearly $2,400 in donations, and this year a raffle and other fundraisers are planned. A portion of the cost of meals at the BBQ Pit, which will include a pig roast and live bands, is also being donated.

Funds last year went to a local woman who was pregnant and whose partner had recently killed himself. Danforth found her over Facebook.

“She happened to work at a Harley dealership, so I thought, what better else. ..,” Danforth said. “It allowed her to stay out of work for an extra few days, pay some bills, buy some baby stuff.”

When his father died, Danforth said a good friend insisted on paying for the funeral, refusing to take no for an answer.

“I figured (raising funds through the ride) was a good way to pass it forward and keep it going,” Danforth said.

He’s kept in touch with the woman who volunteered to help him out so much with the first ride, even this summer attending her wedding.

“It was an outdoor wedding. Out of all the people, 100 or so people at her wedding, she runs out of line, runs over to me, gives me a hug and says to me, ‘I can’t believe you made it. Thank you,’ and goes back, stands with her dad and walks down the aisle,” Danforth said.

He’s been similarly surprised when people have asked for a photo or told him his event made a difference for them, too.

“Really? Me? I’m just a normal guy,” Danforth said. “When you hear that type of stuff, wow, I don’t know what to think about it.” 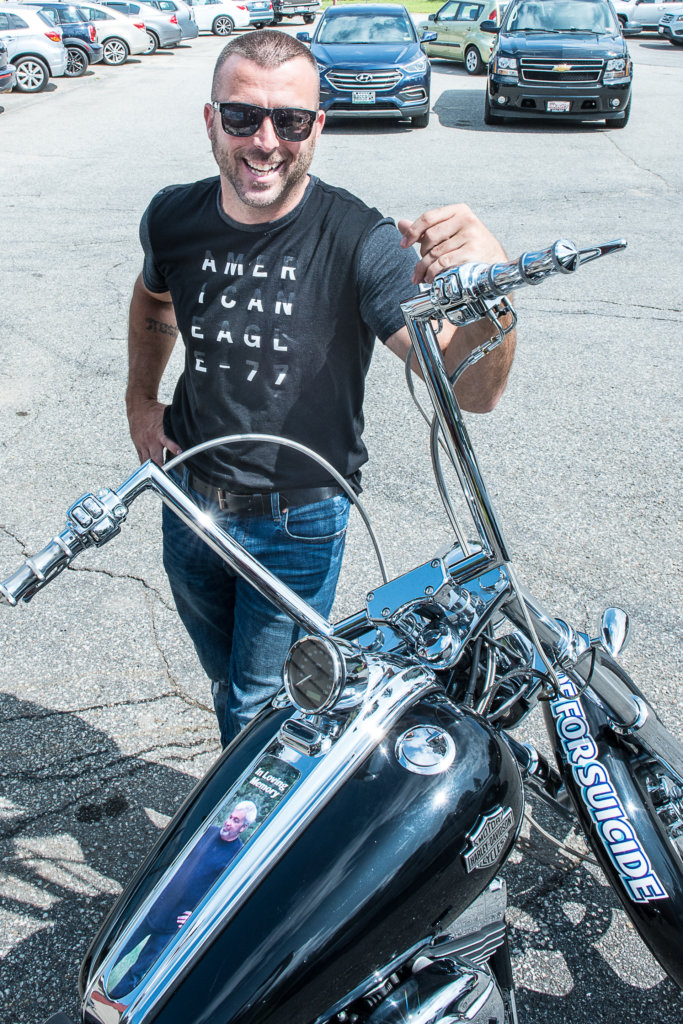 Nick Danforth of Lewiston shows off his motorcycle, which was just detailed with a photo of his father and other promotions for this Sunday’s upcoming Ride for Suicide. (Russ Dillingham/Sun Journal)

“I’m hoping it sparks friendships or conversations. Even some people came last year who didn’t even have bikes, they just wanted to talk about it. We’re hoping it’ll just bring people together so you can talk. You never know.” 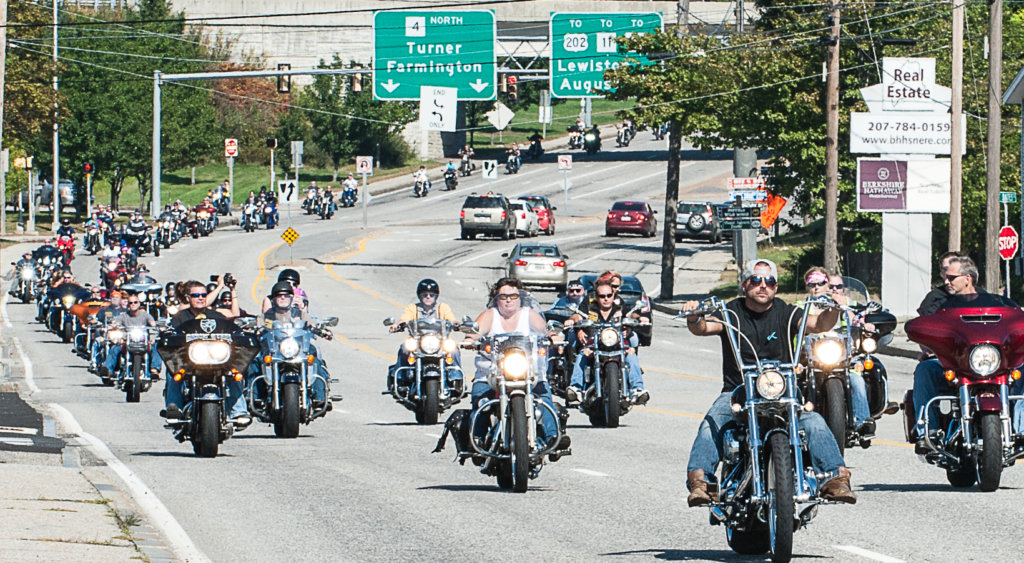 Nick Danforth, front, leads a group of motorcycles down Center Street in Auburn during last year’s Ride for Suicide. The next ride is planned for Sunday, Aug. 26. (Russ Dillingham/Sun Journal)

Nick Danforth, front, leads a group of motorcycles down Center Street in Auburn during last year’s Ride for Suicide. The next ride is planned for Sunday, Aug. 26. (Russ Dillingham/Sun Journal)