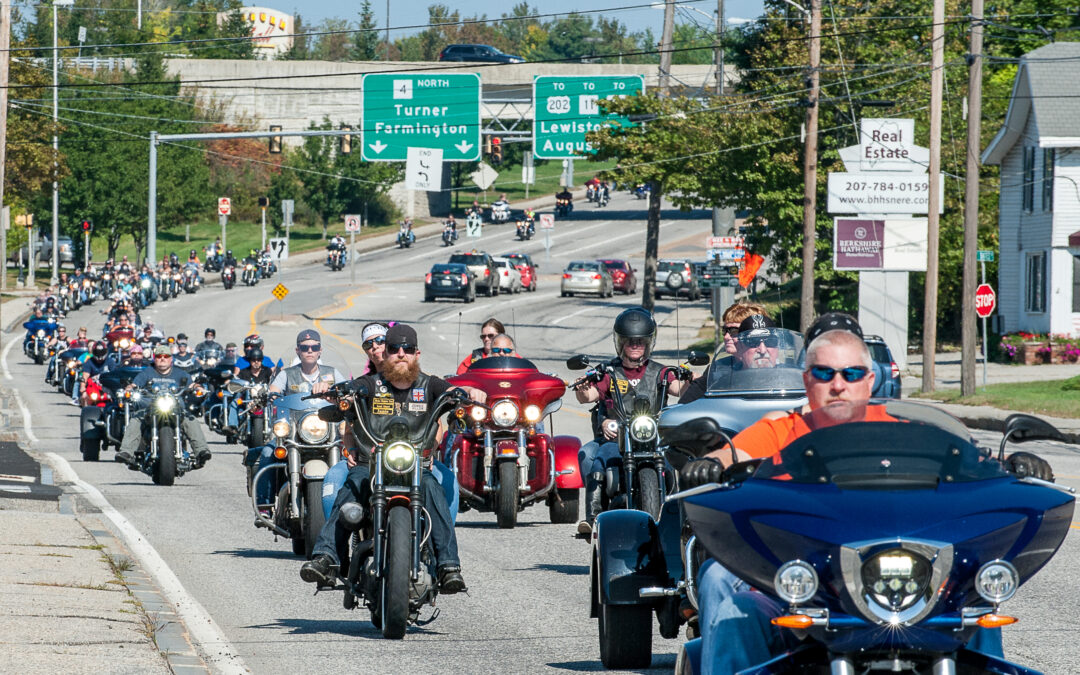 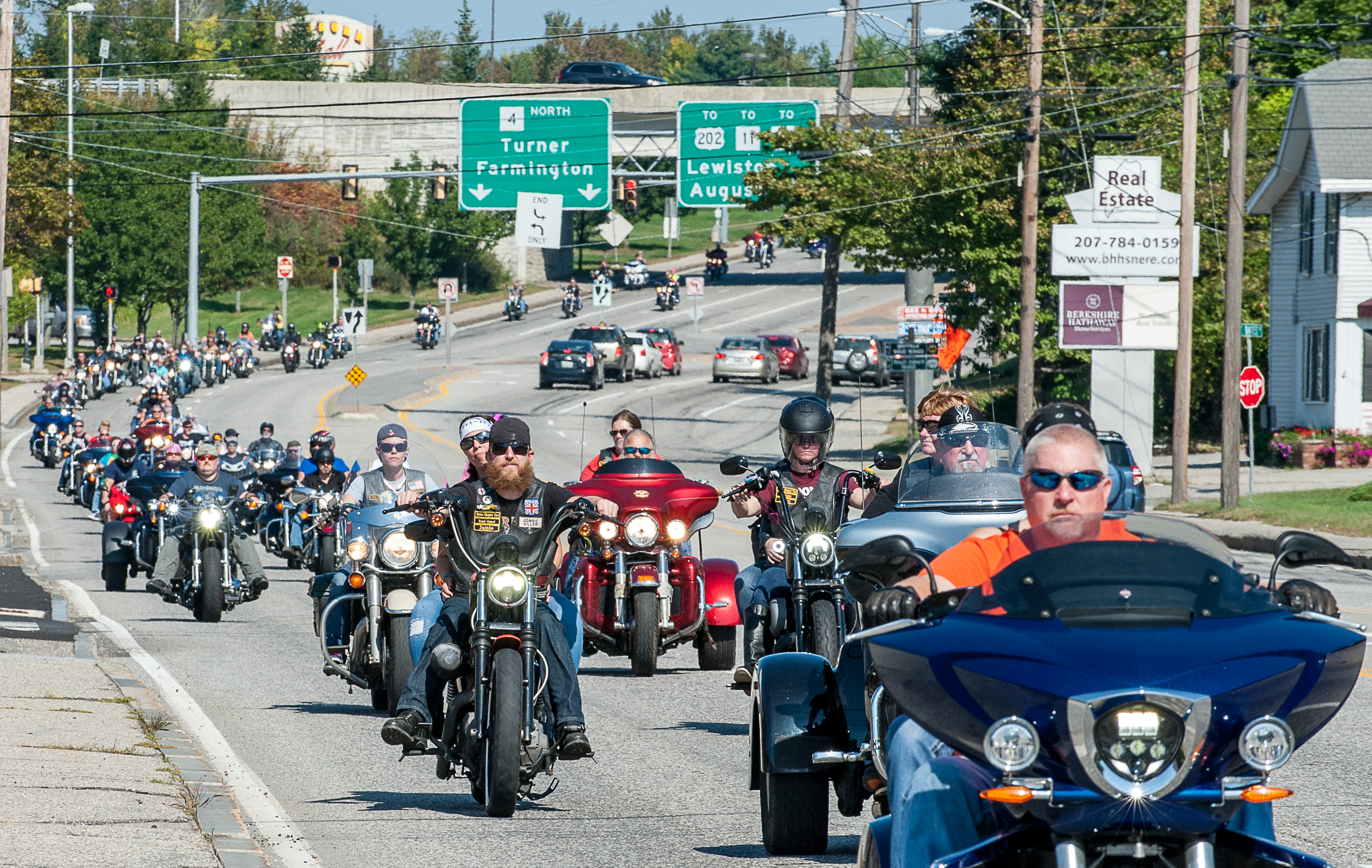 Some of the several hundred motorcycles participating in Sunday’s Ride for Suicide make their way up Center Street in Auburn. Nick Danforth, who lost his father, David, to suicide in August 2015, started the ride to help others suffering from the after-effects of suicide. They met up in the parking lot of the Auburn Mall for a scenic route to downtown Portland, ending with a meet-up of participants in the Out of the Darkness Walk for AFSP (American Foundation for Suicide Prevention) at Thompson’s Point in Portland.